I can’t stop talking about the book Sapiens: A Brief History of Humankind by Yuval Noah Harari.  I reference it like I used to talk about Guns, Germs and Steel by Jared Diamond.  It’s just so comprehensive, and so juicy that it can fit into any conversation.  I won’t give too much away, but there is a part in the book where Harari talks about the Agriculture Revolution (ca. 10,000 years ago) that struck me.  He isn’t all that crazy about it.  Most historians emphasize that this point in time was a really good thing for humans.  We didn’t have to roam around hunting, gathering and foraging, thinking about “what’s for dinner”  all the time.  With domesticated plants and animals, our ancient cities were born, along with increased crop yields, drought tolerance, and easier harvests.  The human population exploded globally, so at least from a “perpetuation of our species” perspective, times were really good.  But Harari points out that from an individual worker perspective, the move from forest to field was overall pretty miserable.  According to him,

Hunter-gatherers spent their time in more stimulating and varied ways, and were less in danger of starvation and disease.  The Agricultural Revolution certainly enlarged the sum of total food at the disposal of humankind, but the extra food did not translate into a better diet or more leisure.  Rather, it translated into population explosions and pampered elites.

Harari goes on to explain that our bodies had not evolved for agriculture.  We were accustomed to climbing trees and running after gazelles, not clearing rocks and carrying water buckets.  Archeological evidence of human skeletons clearly show that our spines, knees, necks and arches paid the price.  We suffered from slipped discs, arthritis and hernias.

The new agricultural tasks demanded so much time that people were forced to settle permanently next to their wheat fields.  This completed changed their way of life.  We did not domesticate wheat.  It domesticated us.

All this got me thinking about our jobs today, and how we are suffering with obesity and a variety of musculoskeletal disorders that only seem to be getting worse.  And, as I’m writing this, chained to my laptop mind you, I can’t help but wonder, are we in an even worse position than our farmer forefathers?  We barely get outside, we’re trapped to a desk or a factory line all the time and any excuse we might have had a few generations ago to move our bodies, is now performed by an appliance or device.

Back when we were hunting and gathering, we moved around almost constantly – our “home range” (the area we travelled around in during a day) could include several square miles.  William Leonard, Head of the Department of Anthropology at Northwestern University in Chicago, claims that early humans walked an average 13 kilometers (8 miles) a day.

All this talk about “sitting as the new smoking” really makes sense.  But it’s not just the lack of movement from a physical point of view that’s disturbing to me.  It’s the negative emotional, mental and even spiritual impact that sitting and staring at a device all day is having on us. Christopher McDougal, in his book Born to Run, states, “Perhaps all our troubles – all the violence, obesity, illness, depression, and greed we can’t overcome – began when we stopped living as Running People. Deny your nature, and it will erupt in some other, uglier way.”

I’ve been studying creativity and innovation quite a bit – trying to get to the bottom of what it is, where it comes from and how our workplaces can better support it.  The latest research points to the importance of movement, relaxation, giving our brains places of psychological restoration, and bumping into new people and places to trigger new ideas.  What does not facilitate creativity?  Being in an office / conference room / building all day.  It’s counter to our nature to be penned up.  Free range animals are free to roam pastures and eat at their own pace.  This creates better quality meat (because the animals don’t have to be pumped full of hormones to ward off disease) but also it greatly reduces the stress on the animals and improves their quality of life.  And aren’t we animals too?  Do our pens really look that much different from a feedlot? 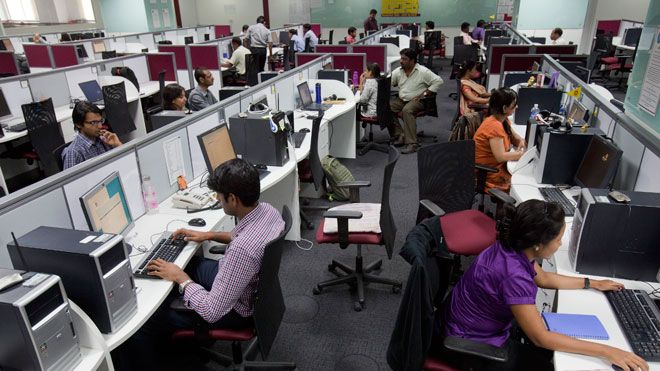 The thing is, if we were to redesign our work around what makes us humans healthy, happy and perform at our best, we’re going to have to make some changes.  Even in modern office environments, we’ve re-invented the cube farm to have sleeker furniture and technology, but it feels a little bit like we’re, pardon the pun, “putting lipstick on a pig.”  I’m worried that our definition of what makes a “productive” workforce — packing people into space and strapping them to seats surrounded by screens — is misled and negatively impacting innovation in business and possibly even our economic future.  Can we honestly say the environments where we work today fully enable the behaviors and state of mind we need to advance business, industry and more thoughtful use of our Planet?  For the majority of work environments, I don’t think so.

Yesterday I toured a house in my neighborhood designed by Frank Lloyd Wright’s firm in the 1960s.  It’s a gem of a house and the kitchen/living/dining area looks into the woods surrounding the home.  I could have stayed in that room all day.  Wright got it, well, right.  In the house, he put the occupants as close humanly possible to nature, and provided lots of visual interest in the landscaping.  The space was tiny, but it didn’t feel that way at all.  Wright was spot on, and now we have the scientific evidence to prove it. 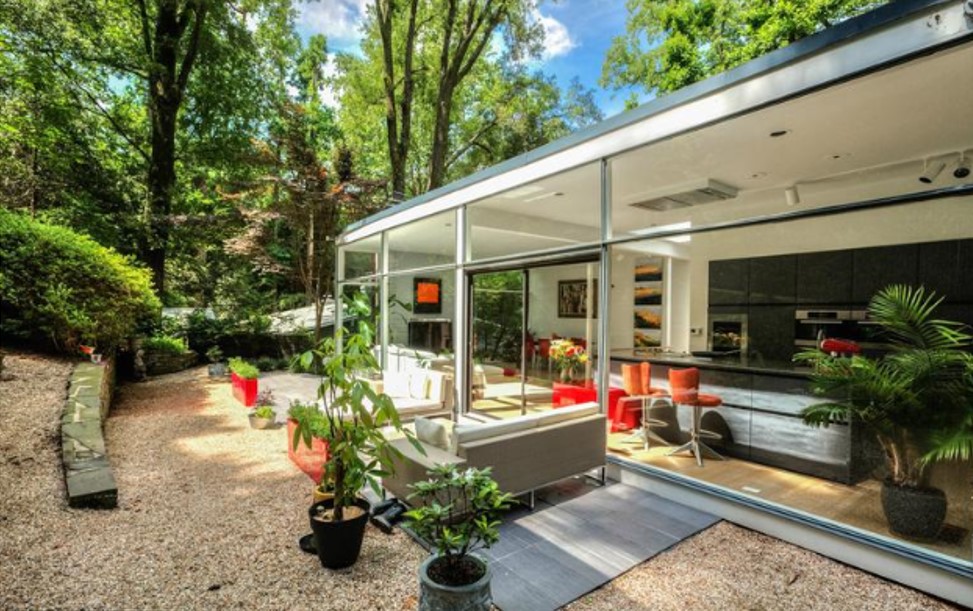 So what does a “free-range workplace” look like?  Well, for starters, we likely have some choice as to when, where and how we work.  But we also work in an environment that suits the “better angels of our nature” to reduce stress, and keep us at our performance peak.  That means access to nature, light, water, quiet, solace, community, and things that make us happy and human.

Love It or Hate It: Why the “Open Office” is Under Fire

How to Design an Emotionally Safe Workplace